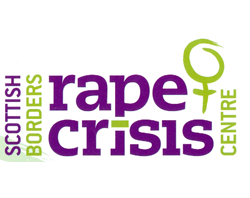 A Reclaim the Night march will take place in Hawick on Monday, 25th November, to raise awareness of violence against women in the Scottish Borders

The evening march, organised by the Scottish Borders Rape Crisis Centre (SBRCC), coincides with the UN Day for the Elimination of Violence Against Women and launches 16 Days of Action.

Scottish Borders Council’s Violence Against Women and Domestic Abuse Co-ordinator Andrea Beavon said: “The march is a chance for people to wave banners, blow whistles, bang drums and use their voices to ensure their opposition to rape and sexual violence is heard.

“We have received tremendous support for the two previous marches in the Borders and hope to better it in Hawick.”

Anyone wishing to take part should meet at Sainsbury’s car park in Hawick at 7.30pm, with the march starting at 8pm. Afterwards, marchers are invited to attend the Heart of Hawick for celebration, hot drinks and music.

Running from 25 November to 10 December, 16 Days of Action is a global campaign aimed at ending gender-based violence.

Events in the Borders include a student art competition, a documentary screening on new-born girls from across the world who are unwanted simply because of their gender, and a showing of the film The Colour Purple.