Carers Week in the Borders

More than 80 people, including carers, service users and local providers, took part in an event at Tweed Horizons in June to celebrate Carers Week 2015 in the Scottish Borders.
Organised by Borders Voluntary Care Voice, the day consisted of presentations, workshops and leisure activities.

Claire Cairns, Network Co-ordinator with the Coalition of Carers in Scotland, updated attendees on the Carers (Scotland) Bill, which aims to ensure better and more consistent support for carers and young carers.

Leisure sessions included music therapy, Jikiden Reiki, Pilates and a guided walk. Presentations from the day can be found here

Some of the participants in a workshop 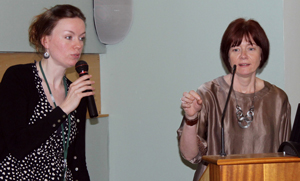