Thanks to all who came along to this week’s Carers Week event at Tweed Horizons on 8th June. Feedback has been very positive.

The event was held in partnership with Borders Carers Centre and included an update on the Borders Carers Strategy and the Carers (Scotland) Act 2016.

Attendees also enjoyed drama and quilting sessions, a guided walk, and workshops on autism and Self-directed Support. Some of the carers also relaxed with a Reiki taster. 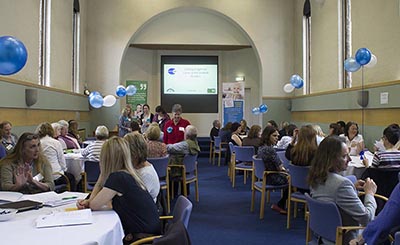